The 2023-24 Budget is the City of Regina’s first multi-year budget, projecting revenue and expenses for a two-year period and allowing for longer-term financial planning.

The Budget includes new strategic investments to achieve significant community outcomes that will make Regina a more vibrant community, improve safety and well-being for residents, and drive economic prosperity and environmental sustainability. Approximately $9 million in operating and $75 million in key capital investments are proposed over the next two years to support these priorities.

The City continues to find savings and operational efficiencies to minimize the impact to residents resulting from inflation and other economic pressures. 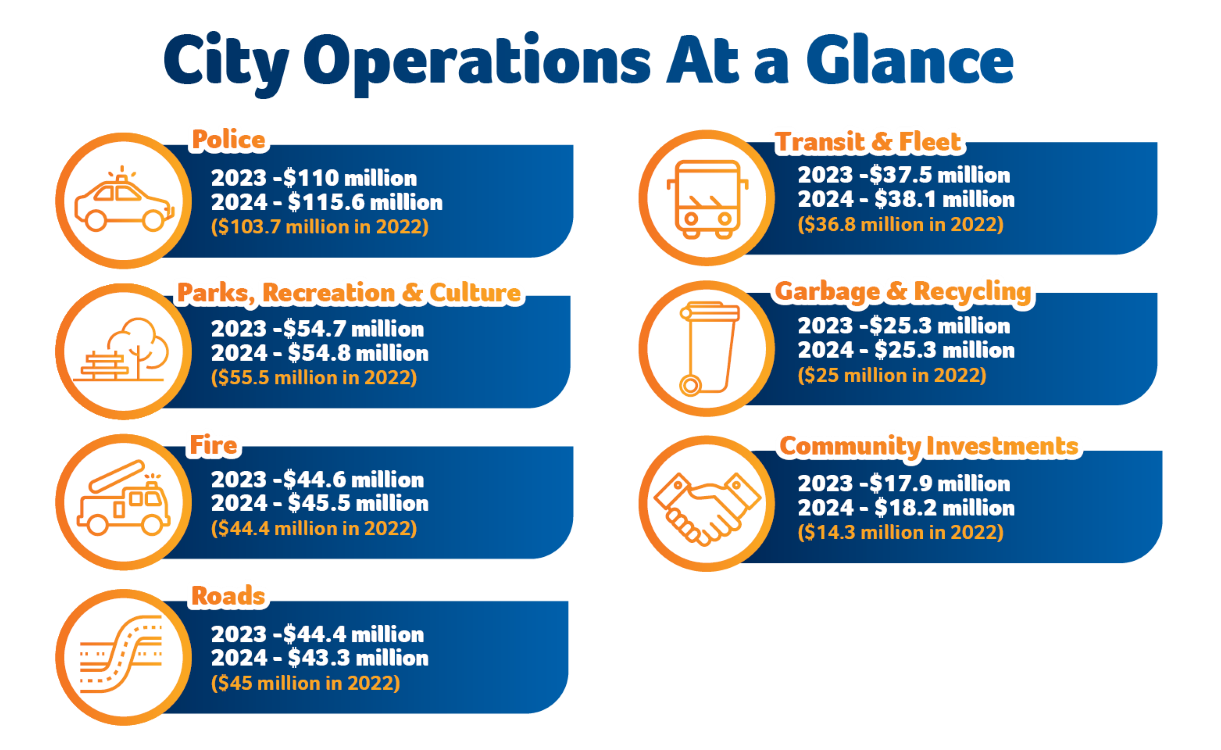 What is infrastructure?
When we refer to infrastructure, we are talking about the physical structures, facilities and assets owned and maintained by the City of Regina. This includes roads, bridges, sidewalks, buildings, pipes and more. 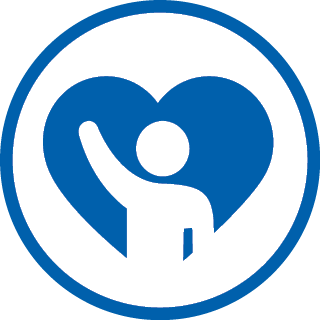 The desired outcome of this strategic priority is a healthier and more inclusive community. The City will achieve this by advancing diversity, equity, inclusion and accessibility through programs, initiatives and policies; advancing affordable and social housing in Regina, and working with partners and the community to improve safety and well-being of all residents. 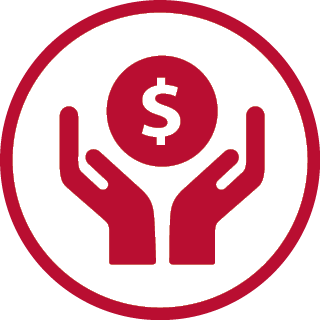 The City is focused on advancing economic growth opportunities for Regina and area, which includes promoting initiatives from Regina’s 2030 Economic Growth Plan, promoting Regina as a leading destination for visitors, talent, businesses and investment, and building infrastructure for long-term economic growth. 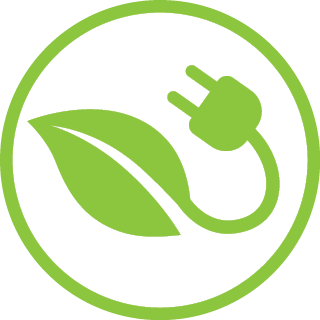 The City is committed to achieve net-zero emissions and become 100 per cent renewable by 2050. This includes leading by example with municipal operations and working with partners and the community to implement the Energy & Sustainability Framework approved in 2022. 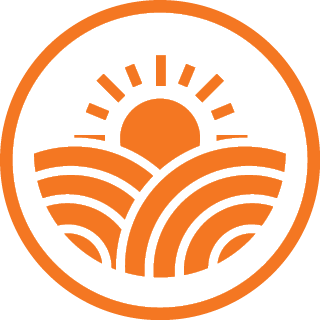 The City’s priority is to make Regina’s city centre a great place to work, live and visit. This includes planning for the future of Regina, building recreational and cultural infrastructure, providing and encouraging year-round programs and services, and improving our transportation network.

Capital Fund Highlight:
An additional $18.1 million will be available by 2024 to advance the Recreation and Culture Master Plans through the dedicated 0.5% mill rate for recreation infrastructure and annual $3 million contribution to the Recreation/Culture Capital Program. 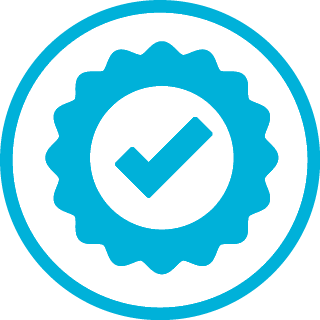 The City is focused on transforming to a service and performance culture that builds resident trust by continuously improving service delivery, strengthening workplace culture, achieving long-term financial sustainability, making decisions based on data and strategic alignment, and achieving Mission Zero.

The 2023-24 Budget includes $232.4 million in 2023 and 2024 for infrastructure renewal, new construction, and maintenance of Regina’s water, wastewater and stormwater systems. Regina’s Water Utility operates on a full cost-recovery basis and ensures Regina residents enjoy safe and reliable water, wastewater and drainage services. A rate increase of 4.5 per cent is approved for 2023 and 4.0 per cent proposed in 2024.

The City of Regina provides more than 60 services that residents depend on every day; approximately 55 per cent is funded through property taxes. A 3.67% mill rate increase is approved for 2023. The proposed 2024 budget has been received and filed with a proposed mill rate increase of 4.66%.

As per Council motion, the proposed budget identifies, for consideration, full operational funding to "solve homelessness" throughout the City using a housing first, supportive housing model. The chart below outlines the additional mill rate increase that would be required, as well as the impact to taxpayers.

Based on a point-in-time count conducted in 2021, to provide the needed 488 supportive housing units is estimated to be approximately $122.5 million, $98 million of which would be capital costs. The City currently invests up to $7.9 million annually toward programs and initiatives related to homelessness, social development and well-being.

In 2022, Regina residents were invited to identify their spending priorities and important considerations to help shape the 2023-24 Budget. An online pre-budget survey ran from April 28 to May 11 on Be Heard Regina and received 1,604 responses. Public feedback was invited again in October following a presentation to City Council which provided an update on budget development and potential new investments being considered.

View the breakdown of the budget by numbers.

Find common questions and answers about the budget.

What is the City spending to advance Strategic Priorities?
Key capital and operational investments (more than $84 million) are proposed over the next two years specifically to support the City’s five strategic priorities - Economic Prosperity, Environmental Sustainability, Community Safety & Well-being, Vibrant Community, Operational Excellence. Some of these include:

What is the City doing to address homelessness?
As per Council motion, the proposed budget identifies, for consideration, full operational funding to “solve homelessness” throughout the City using a housing first, supportive housing model. Based on a point-in-time count conducted in 2021, to provide the needed 488 supportive housing units is estimated to cost approximately $98 million in capital investment and approximately $25 million in annual operating costs. The City currently invests up to $7.9 million annually toward programs and initiatives related to homelessness, social development and well-being.

Why are water rates increasing again this year?
A 4.5 per cent rate increase is proposed for 2023, followed by a 4 per cent increase in 2024, to maintain the Utility operations, fund the renewal of the Buffalo Pound Water Treatment Plant, and offer the new affordability program for low-income seniors and people with disabilities.

How flexible is this budget to change in 2024?
The City’s multi-year budget approach is to obtain Council approval for the first year of the two-year operating budget and year one of the five-year capital plan, as well as approval in principle of the second year. This means that Council will fully approve the second year (2024) budget in 2023 with the opportunity to make changes to the 2024 Budget that are significant that were either not anticipated or reflect changes in Council direction.

Also in this Section

Move to Top
Warning.
You are about to leave Regina.ca to visit an external website. The views expressed do not represent the City of Regina.